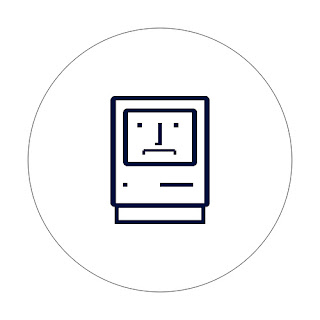 We perform data recovery in Lexington KY on a regular basis for customers who have encountered hard drive failure or have been unable to access their files due to malware, viruses or data corruption. If your computer is having problems, the article below may help you determine when a hard drive is failing or when it is virus-infected. In any case, if you’re having computer problems, feel free to come by our store or contact us with any questions.

Catastrophic hard drive failure is usually indicated when the computer doesn’t recognize the hard drive and Windows doesn’t even begin to boot. More technically, the drive can no longer be detected by CMOS setup, or if it fails to pass BIOS POST and the operating system never sees it. A hard drive also includes controller electronics, which occasionally fail.

Gradual hard drive failure is somewhat more difficult to diagnose. Its symptoms include corrupted data and slowing down of the PC caused by gradually failing areas of the hard drive, requiring repeated read attempts before successful access. These can also be symptoms of other computer issues, such as malware. A rising number of bad sectors (as indicated by S.M.A.R.T. data) can be a sign of a failing hard drive. Also, a cyclical repetitive pattern of seek activity, such as rapid or slow clicking noises (click of death), can be indicative of hard drive problems. During hard drive failure, each particle from the damaged platter and head media can cause a bad sector. Bad sectors, in addition to platter damage, may quickly render a hard drive useless if you continue to use it.

If you are experiencing any of the above symptoms of gradual hard drive failure, now is the time to back up your data (see our tips for backing up & preventing data loss) and either self-diagnose the drive using a utility such as Speed Fan, or bring it in to our shop for a diagnosis. If the hard drive is failing, more often than not we can recover the data before it is too late. Then, if you choose, we can replace your hard drive with a new one, copy your data to the new drive, and get your computer up and running again within a day or two, sometimes faster. Or we can place your data onto an external hard drive or other media. We carry both internal and external hard drives in stock, as well as flash and DVD media.

If the drive has already experienced catastrophic failure, and you determine that data recovery is worth the expense, it can be sent off to data recovery specialists. This usually costs hundreds of dollars due to the advanced equipment and clean room required for disassembling hard drives and retrieving the data. This is why early identification of hard drive failure is important. If it is gradual hard drive failure, your data can be recovered here in Lexington, and you can avoid the hassle and expense of data loss. We perform data recovery in Lexington on a regular basis for customers who have encountered hard drive failure or have been unable to access files due to malware, viruses or data corruption. Feel free to contact us with any questions.

Hard disk failure occurs when a hard disk drive (aka hard drive, hard disk, disk drive, or HDD) malfunctions and the stored information cannot be accessed by your computer. A disk failure may occur in the course of normal operation over time (like dying of old age), or due to an external factor such as suffering a sharp impact, exposure to high magnetic waves, or environmental contamination, which can lead to a head crash.

The most notorious cause of hard disk failure is a head crash, where the internal read-and-write head of the device, usually just hovering above the surface, touches a platter, or scratches the magnetic data storage surface. A head crash can incur severe data loss. Hard drive platters are coated with an extremely thin layer of non-electrostatic lubricant so that the read-and-write head will simply glance off the surface of the platter should a collision occur. However, this head hovers mere nanometers from the platter’s surface which makes a collision an acknowledged risk. Another cause of failure is a faulty air filter. The air filters on today’s hard drives equalize the atmospheric pressure and moisture between the hard drive enclosure and its outside environment. If the filter fails to capture a dust particle, the particle can land on the platter, causing a head crash if the head happens to sweep over it.

Since hard drives are mechanical devices, they will all eventually fail. While some may not fail prematurely, many hard drives simply fail because of worn out parts. Many hard drive manufacturers include a Mean Time Between Failures figure on product packaging or in promotional literature. These are calculated by constantly running samples of the drive for a short amount of time, analyzing the resultant wear and tear upon the physical components of the drive, and extrapolating to provide a reasonable estimate of its lifespan. Since this fails to account for phenomena such as the aforementioned head crash, external trauma (dropping or collision), power surges, and so forth, the Mean Time Between Failures number is not generally regarded as an accurate estimate of a drive’s lifespan. Hard drive failures tend to follow the concept of the bathtub curve. Hard drives typically fail within a short time if there is a defect present from manufacturing. If a hard drive proves reliable for a period of a few months after installation, the hard drive has a significantly greater chance of remaining reliable. Therefore, even if a hard drive is subjected to several years of heavy daily use, it may not show any notable signs of wear unless closely inspected. On the other hand, a hard drive can fail at any time in many different situations.

Failure of Other Data Storage Media

The phenomenon of disk failure is not limited to hard drives. Other media types are prone to failure; in the late 1990s the click of death, so called because affected drives would endlessly click when disks were inserted into them, plagued many users of Iomega‘s 100 megabyte Zip disks.

CD-ROM and DVD writable media can fail over time due to degradation of the organic dye layer. Studies done by NIST under harsh conditions of light, temperature and humidity demonstrated sharp increases in bit errors after only 100 hours (with the exception of gold/phthalocyanine technology, which is far more durable). Advertised to last 100–300 years, the NIST report suggests that gold-layer disks are at least stable for “several tens of years”, when stored properly. Drives with ever-increasing read and write speeds rotate CD and DVD media at over 25,000 rpm. Disks have been demonstrated to crack at 30,000 rpm due to centrifugal force.

3½-inch floppy disks can also fall victim to disk failure. If either the drive or the media is dirty, users may experience the buzz of death when attempting to access the drive. 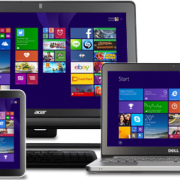 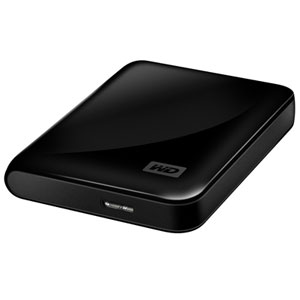 How to clean your computer 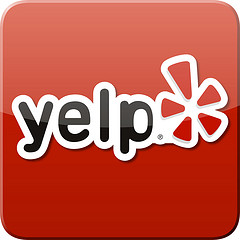 Check us out on Yelp!

Tips for Backing Up Data and Preventing Data Loss